In order to maintain the aura of Dubai and keep up with the safety of all road users, Dubai traffic fines have been revised in 2017. Dubai is a land of multi-culturalism. Therefore, it becomes imperative to come up with an efficient and up to date list of Dubai police traffic fines.

Fine for Traffic This Year:

Dubai is a city known for luxury and grandeur. The same goes for its beautiful roads and the overall transportation infrastructure. Unfortunately, it faces the issue of heavy traffic violations too and it needs to be updated every now and then for keeping up with the emerging and existing violations.  The new amendments in Dubai traffic fines are very detailed and specific to each of the situations. One of the most common amongst the Dubai police traffic fines is the fine to the mobile users. The revision brings the biggest hike to it by taking it to 800 dirhams with four black points on the driver's license. Earlier it was 200 dirhams only.

Other significant changes in most fined Dubai traffic fines include the heavy fine to drivers who do over speeding, breaking the red signal and parking at non-designated parking spots.

Something that is remarkable about the traffic fines Dubai in 2017 is the fact that now, in order to create awareness about the traffic regulations in people, there will be several campaigns running for educating people. It will specifically aim the younger generation and teenagers.  Amongst other major traffic fines Dubai, UAE revision, overtaking the road shoulder will be fined 1000 dirhams instead of 600 dirhams with six black points of the driver's license.

There are also strict regulations and fines for the recreational bike riders on the main roads and the truck drivers under the revised Dubai traffic fines. Any truck driver who will overtake from the right side will be fined 3000 dirhams with a suspension for one year. Moreover, the recreational bike riders will be fined 3000 dirhams for riding on main roads and withholding of the vehicle for 90 days under the Dubai traffic fines 2017. But this does not mean that bike riding and driving is a very stressful business in Dubai, rather, by applying these Dubai RTA traffic fines, it is going to be more efficient for all the users.

Pedestrians are given their due right under the regulations by Dubai traffic police. If there is the failure to cede right of way to pedestrians, then a fine of 400 dirhams is charged under Dubai police traffic fines.

Tourists visiting from different parts of the world must make themselves aware of all the Dubai traffic fine, rules, and regulations. They must make sure that they have a valid international driver's license and that, it is duly accepted in Dubai. Otherwise, it can lead to difficult situations and can bring in a court case trouble too.

Some traffic violations have been merged together in the Dubai traffic fines 2017. This is to eliminate confusion and bring an ease in the understanding of traffic laws. For example, this includes reckless driving and driving a vehicle that can be dangerous and threaten under the same violation for RTA traffic fines.  This has been an important step in the revision of Dubai traffic violation fines 2017 as most deaths caused on roads in Dubai are due to the poor maintenance of vehicles and general recklessness of drivers.

The aim of revision of these Dubai traffic fines is to reduce the traffic violations to a minimum level. It aims to bring it to a minimum of 3 deaths per 100,000.

In order to maintain child safety, the Dubai traffic violations have been revised remarkably too. Anyone who does not provide a child less than four years of age a proper child car seat will be fined 400 dirhams. A proper infant seat for babies up to nine months of age and a booster seats afterward till four years of age minimum is strictly stated by the Dubai traffic police. Children under ten are strictly not allowed to sit in the front seat. A fine of 400 dirhams is charged if this regulation is violated. Under the Dubai traffic fine latest revisions, more than 4000 penalties have been given to drivers driving vehicles with unclear number plates.

The minimum amount of fine under the Dubai traffic violation is 200 dirhams and it can go up to 1000 dirhams and in some cases, even more, depending on the severity of the case. 1000 dirhams of fines is charged for violations like no license plates, parking in a "no parking" zone, dangerous driving etc.

Some fines under traffic violation Dubai are determined by the judge as they are taken to court in serious situations. For example, injury or death caused by an accident and damaging of a vehicle due to the accident. These cases are very serious and they can not only lead to heavier Dubai RTA traffic fines but also imprisonment for different time durations.

More than a number of fines, each of the fines in Dubai traffic fine is given a code and to refer to each of the fines, the codes are seen. For example, the code for no license plates is 3156. Showing respect to the police officer is fundamental in Dubai like elsewhere. If someone tries to evade the police officer, then a fine of 800 dirhams is charged under the regulations of Dubai traffic fines. This is the second heaviest amount of fine that is charged.

This must be kept in mind that the Dubai police traffic fines are not to scare people and let them turn away from driving. They are for the protection of road users and for maintaining a proper disciple on the roads like all the well-developed countries of the world do. Dubai is a very people friendly country and its authorities want to ensure that it remains safe and secure for people from all nationalities. Hence, the revision of traffic fines Dubai clearly shows us the same. If the traffic rules are followed promptly in Dubai, driving in Dubai is a pleasurable experience.

If you are not aware of UAE Dubai traffic violation fines List, please read the fine list referenced from Dubai Police Head Quarter. 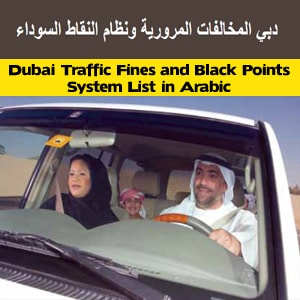 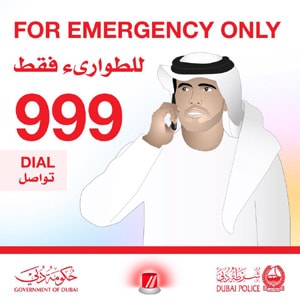 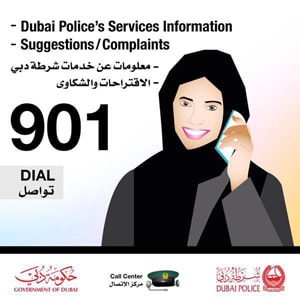